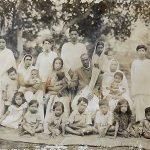 It is unusual to see Bijoy clothed in a North Indian Dhoti (loose drape pants) because most young boys his age wore half pants. Apparently he had begun to dress like an adult to display his commitment to the independence struggle; perhaps he felt that serious work required an adult attire. And he was not alone in his commitment – several leaders of the Independence movement had recruited large numbers of young boys to act as secret messengers to deliver letters in nearby towns and villages. Whenever the policemen came around on suspicion and to arrest Bijoy (they would come around often) his proud mother Pareshwari Devi would instruct Bijoy – “If you sign any police papers for an early release, do not come back to this house”. 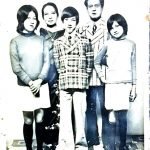 In the mid nineties things became even more interesting for my father with a commission from the Election Commission. They wanted him to make a campaign video to create awareness about voting. His awareness campaign was such a big success that it was made into a commercial CD. And that led him to a second commission – a contract from Doordarshan, (India’s first national and regional Channel) for a TV series. He spearheaded (writing, directing and acting) the sitcom Ki Kam U Bah Beshbha, with local and khasi characteristics (influenced by the sitcom Mind your Language as well as Elvis Presley’s character across many of his skits.) that went on for 3-4 years. He revolutionised the concept of Khasi Televison in Meghalaya, that had never been done before. The entire series is now available on YouTube. My father had become a regional star and when he would drop my son off at school, everyone would ask him for autographs. 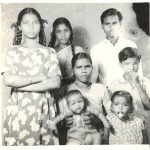 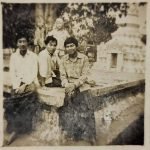 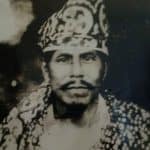 On one such general visit to Imphal (Princely state Manipur’s capital), during the 1930s, he was informed that the queen of Manipur was quite sick, and the King – Maharaja Churachand’s staff were looking for a healer. My grandfather was roped in, only to find himself cornered with a conundrum : if his queen healed, the Maharaja would reward my grandfather; if she did not, he would be beheaded. 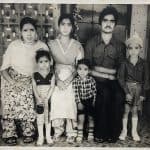 It seems that he went along on a trip with a transport contractor for the army all the way to Assam, and then simply began driving trucks. That his own uncle (chacha) was already working here in Tezpur, also driving trucks, would have helped. After working for a few years as a driver, he started a small kirana/gelamaal (grocery) shop in Tenga Valley in Arunachal Pradesh. He also founded a hotel that ran for around seven years. Eventually he got around to buying some trucks and built a transport business for himself – a few contracts with the Indian Army hastened the cause. 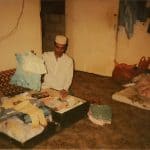 in August of 1990, Saddam Hussain, the president of Iraq, ordered an attack on Kuwait, and the country toppled into a state of emergency – everything came to a halt. Citizens from all over the world, including Indians were trapped in a country at war, and among the Indian community, the Bohras constituted a sizable proportion. My father was one of them. 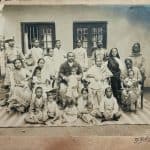 In the 1950s, the Assam Government cracked down on Communists, and my father became a ‘Most Wanted Man’ with a bounty of Rs. 10,000 Rupees on his head, dead or alive. My father kept moving from state to country lines under the radar across the region, Myanmar, Bhutan, Tibet and present day Bangladesh, hiding himself among the people, while also earning their trust and faith. 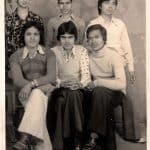