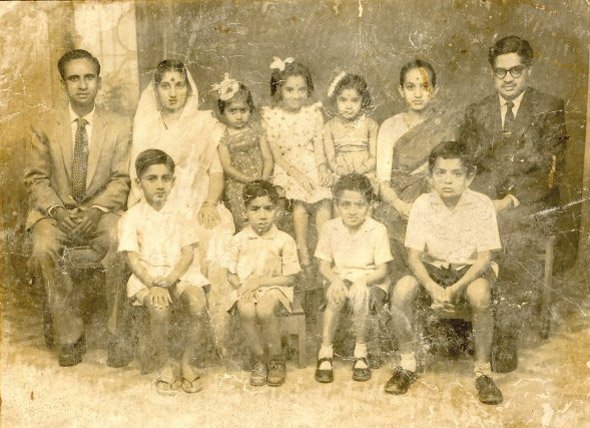 The Rao and Hagwane family, neighbours and friends, Pune, Maharashtra. 1962

The Rao and Hagwane families, Pune, Maharashtra. 1962 Image and Narrative Contributed by Pavitra and Usha Rao This picture was taken with my father's friend Mr.Hagwane and his family. They were also neighbours. The most unusual thing was that Mr. Hagwane did not speak a word of English and my father did not know a word of Marathi. They perhaps communicated in broken hindi. Mr Hagwane ran a Jeenus (grocery) shop. And that is how dad got to know him. I was around four years old. Our family is on the right side of the picture, and Mr. Hagwane's on the left with his one daughter and two sons.