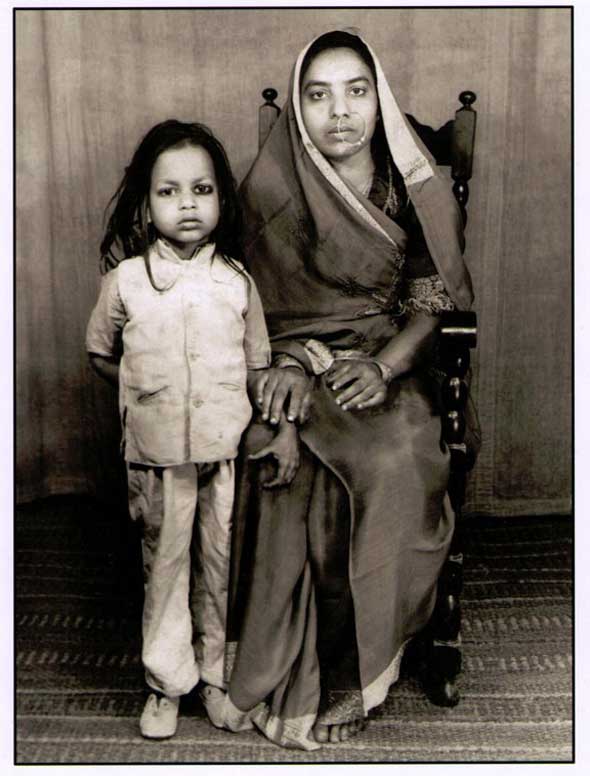 My father, T. P Pathak with my grandmother, Hira Pathak. Mirzapur, Uttar Pradesh. 1956 Image and Narrative contributed by Paritosh Pathak, India. In this image my father was 6 years old and my grandmother was 34. My grandmother was a educated woman who had attended high school and could read and write. A rarity in rural Uttar Pradesh's heartland. She was assertive, fashionable and a strong woman. Notice the large nose ring (Nath) in fashion at the time. She home schooled my father for a while. My father excelled at academics and joined the UP, State Civil Services. He retired recently after his last posting as Commissioner of Jhansi division in UP. He always credited his success to the education he received at home from my grandmother. My grandfather & his brother were orphans and raised themselves. He was married late in life to my grandmother and his brother never got married. My grandparents had two children, the older one pictured above is my father. My grandmother is now 95 and suffers from many age related ailments. She cannot recall the picture occasion, most likely it was a village fair where the picture was developed on old plate based cameras in Mirzapur, UP.