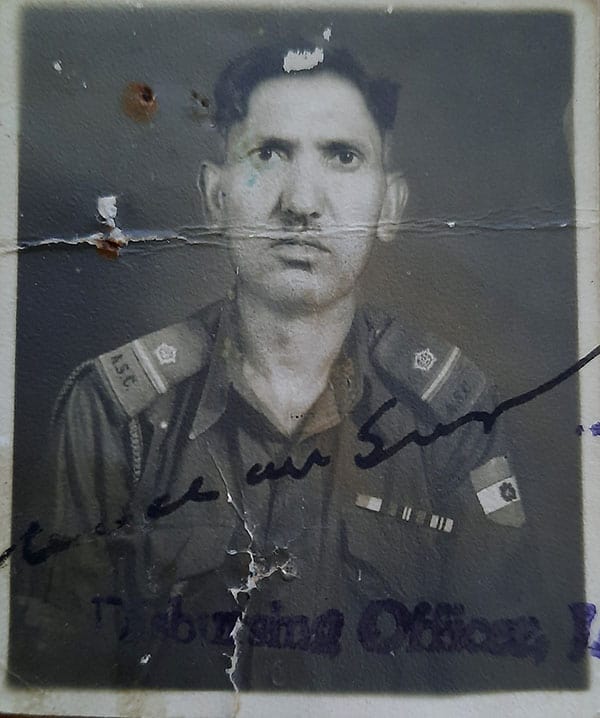 My grandfather belonged to a large family that was traditionally a land owning class and keepers of the crown’s land under the Dogra kings. After his matriculation he moved from his village Kalyal Bainsi (in distt. Mirpur, now Pakistan territory of Jammu) to Jammu city (now in Indian territory) to earn a living as a teacher. But his life was to witness a different plan, when his cousin filled out a form for him to enlist in army