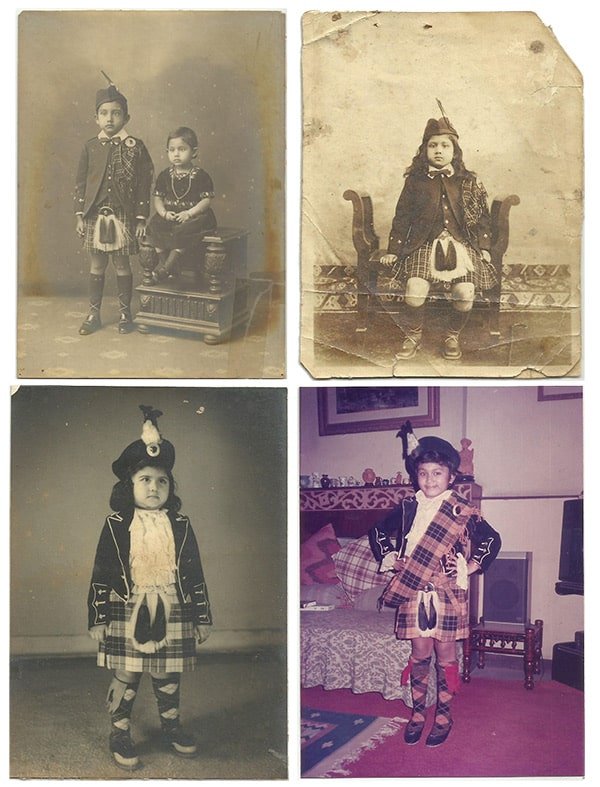 These are four images of an amusing and perhaps strange family tradition that our family has followed over decades and it continues until today.