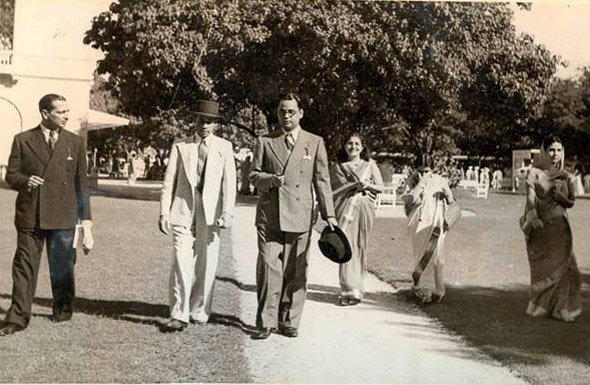 My parents Maya and Lachu Shivdasani (center) with friends, at the Turf Club, Mahalaxmi Race Course, Bombay, Maharashtra.1941 Image and Narrative Contributed by Usha Bhandarkar Men and women were always very smartly turned out for the races..."you never repeated a sari!" Men wore full suits and felt hats; women wore Chiffons and Pearls. My mother Maya is appalled at the current dress code at the Races which she finds positively sloppy. 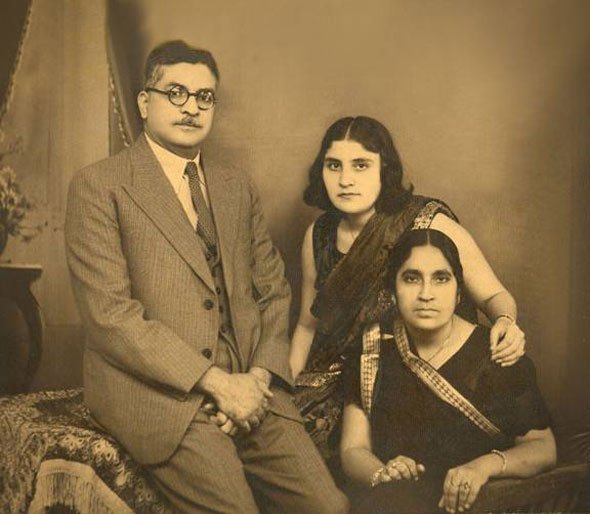 My mother (center) Maya Shivdasani, with her parents, Dr Manghanmal Kripalani, and Sarsati Kripalani, Hyderabad, Sindh (now Pakistan). 1939 Image and Narrative contributed by Usha Bhandarkar My mother Maya Shivdasani is now 90 year old of age. She was born in Hyderabad Sind in 1919 and came to Bombay after her marriage in 1937. After her marriage in 1937 Maya moved to Bombay but would visit her parents in Hyderabad Sind (Now Pakistan) at least twice a year. This photograph was taken on one of her visits to Hyderabad where she was the epitome of style and sophistication: sleeveless sari blouse, short hair, long, painted fingernails. Her father Manghanmal Kripalani was an eminent physician. She has lived in Cuffe Parade all these 73 years, read the Times of India every single day and visits the Cricket Club of India once a week. One of her favourite haunts is the Sea Lounge at the Taj Mahal Hotel. She was truly saddened to see it damaged in the Mumbai attacks of 2008. On the day the Sea Lounge reopened she was there sitting at a window table, sipping their wonderful Viennoise Coffee. 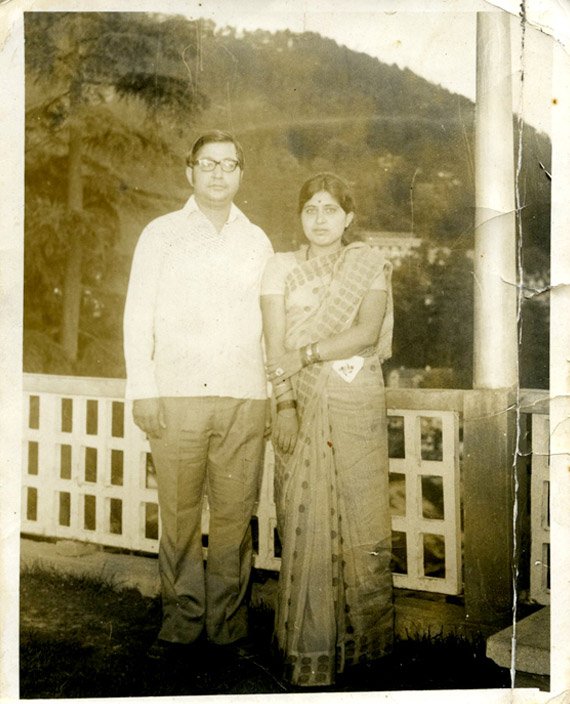 My parents, Mr & Mrs Manchanda, on their Honeymoon in Simla, May 1977

My parents, Mr & Mrs Manchanda, on their Honeymoon in Simla, May 1977 Image and Narrative contributed by Isha Manchanda My father worked in Central Bank of India and retired as a bank manager  a few years ago. My mother taught English & Home Science at a Government School. My parents live in Delhi. 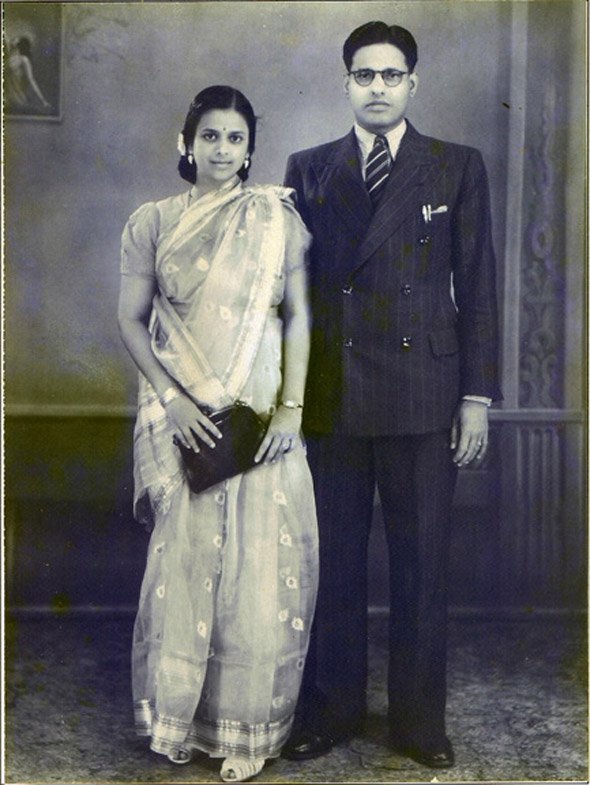 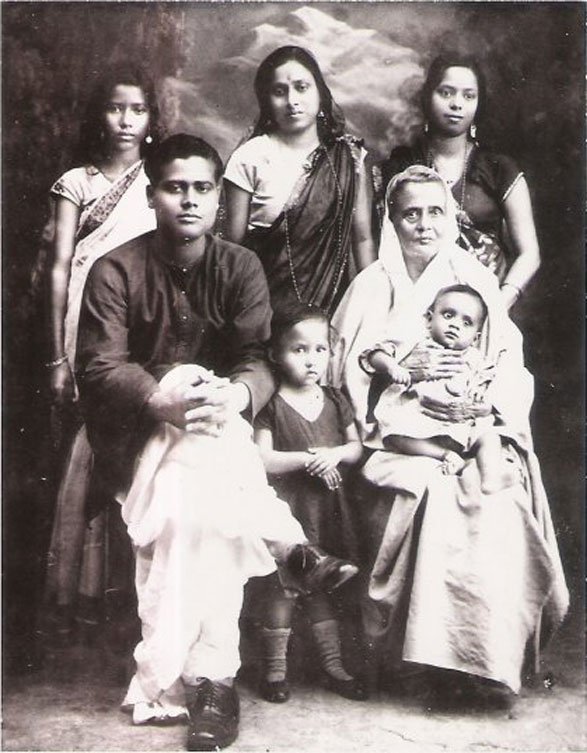