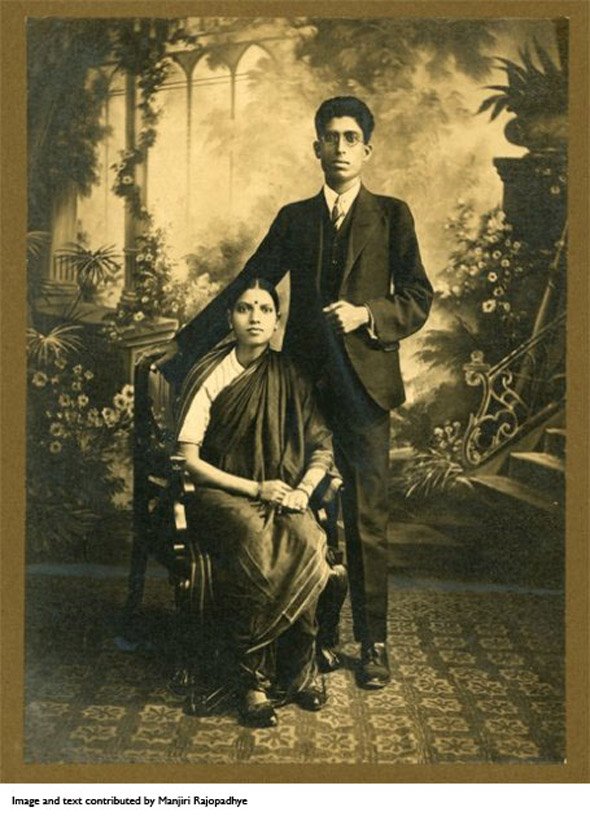 My maternal Grandparents, Surat, Gujarat, 1925 "My Grandfather was a very progressive man. Though he married my grandmother very young, 17 or 18 I think, he decided not to have children until she was in her 20s. He understood that she was too young to have kids so early. He was a Chemistry professor in Surat. After being trained in Manchester,  he and 2 other professors joined hands and found the Surat University. The watch that my grandmother proudly wears in this photograph, was a gift bought for her in Manchester."