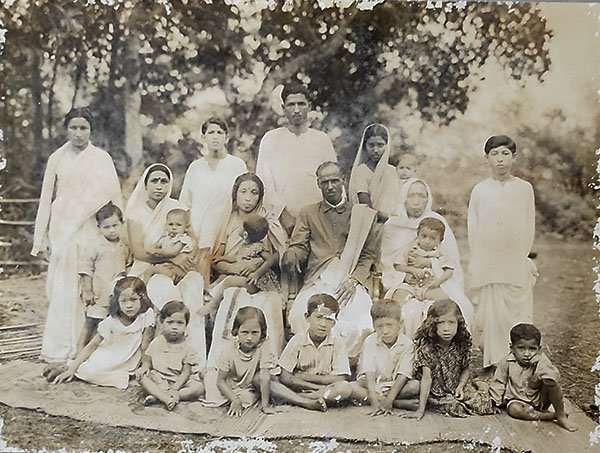 My husband, Bijoy Sharma, standing extreme right, with his family. Bamungaon, Assam. Circa 1942

It is unusual to see Bijoy clothed in a North Indian Dhoti (loose drape pants) because most young boys his age wore half pants. Apparently he had begun to dress like an adult to display his commitment to the independence struggle; perhaps he felt that serious work required an adult attire. And he was not alone in his commitment - several leaders of the Independence movement had recruited large numbers of young boys to act as secret messengers to deliver letters in nearby towns and villages. Whenever the policemen came around on suspicion and to arrest Bijoy (they would come around often) his proud mother Pareshwari Devi would instruct Bijoy - “If you sign any police papers for an early release, do not come back to this house”.