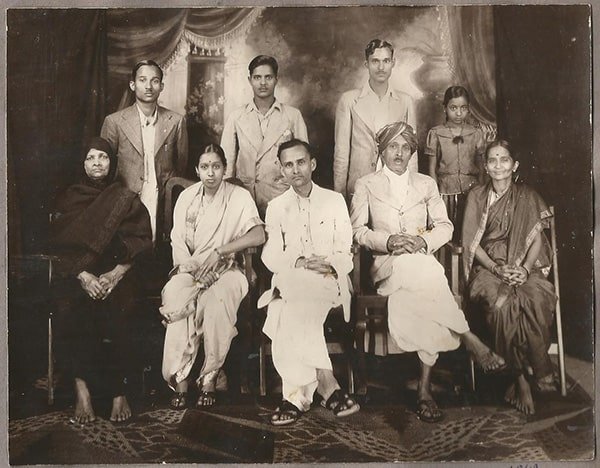 Although he never practiced it professionally, my father was a talented photographer and was introduced to the craft by his childhood friend Balkrishna Kulkarni whose father owned a photo studio. My father would closely observe lighting techniques, the developing process of glass plates, making prints etc. Even after rolls of film became the norm, my father continued to make glass plates. Though he also learnt the process of developing film rolls from Laxman Gaikwad, a neighbour who lived with them in Kirloskarwadi and was a company photographer for the Kirloskar company and its manufacturing units.